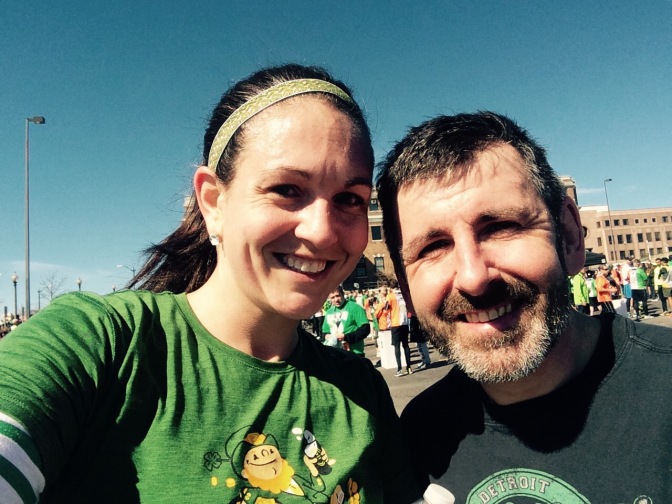 When we found out a few days ago we might be able to get someone to watch Cam for a few hours on a  Saturday morning, Dayna was quick to find a race for us to run: the St. Pat’s 5K in Providence, RI. Managed and planned by a group called the “Tour de Patrick”, the event was sponsored by Guinness and also supported by New Balance.

With over 2400 runners and walkers, the event had the potential for chaos. However, it was well-planned and went off without a hitch. We registered in advance and, thanks in part to an informative pre-race email, we were able to pick up our numbers and long-sleeve technical shirt with no complications whatsoever. The only issue we had was parking, but the garage we found was only about a 7-minute walk to the registration and start. There were a lot of porta-potties, but we chose to hit the Providence Place mall to utilize its bathrooms as the lines were quite long.

The race began in front of the Rhode Island statehouse with a slight uphill on Smith Street. The course was relatively flat (with even a slight downhill) for the first .8 miles, but then rose about 75 feet over the next half-mile or so. It wasn’t a killer, but you definitely could feel the incline hit your legs. At about 1.4 miles, the course took a left-hand turn and shot downhill, dropping about 30 feet in less than .25 miles. However, as the course wound its way back to Smith Street, it rose the same amount over the same distance. Of course, because it is an out-and-back, the sharp rise we had on the way out was countered by the downhill on the route back. The final .5 or so rolled a bit before a solid descent after crossing the Route 95 overpass and the final .1 downhill to the finish. 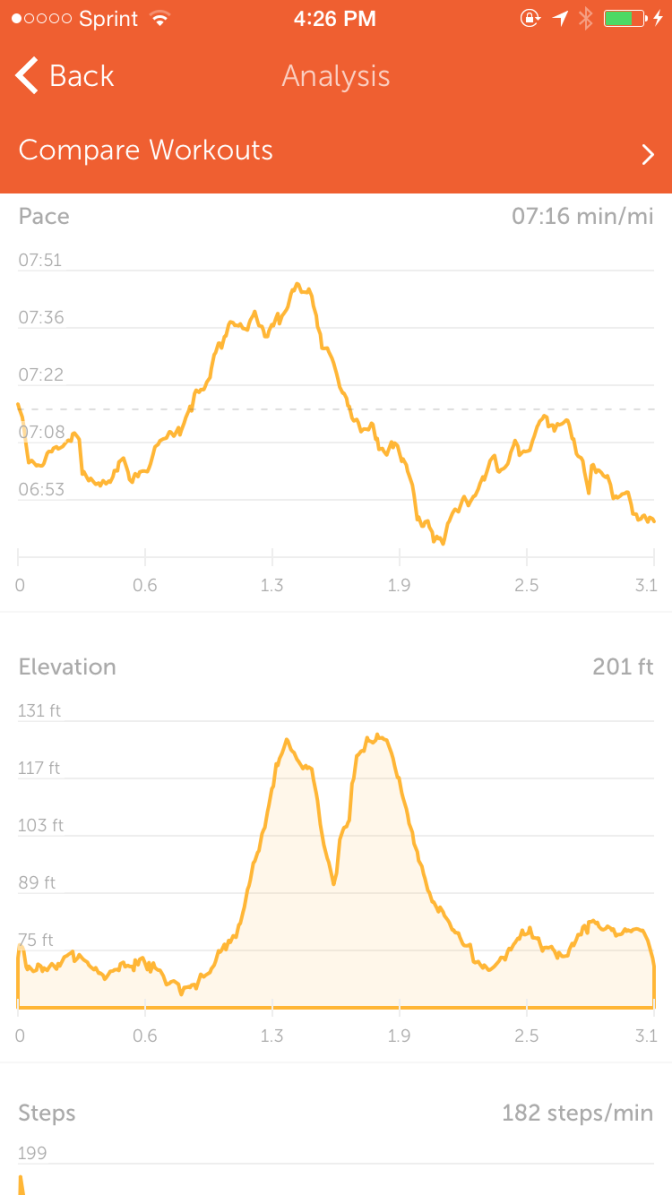 The medal was pretty cool and there was plenty of post-race water (Poland Springs) and pizza. Though we did not partake in the pizza, it did look pretty good. We didn’t have much time, so we didn’t see much of the post-race activities, but there was music, entertainment and food. Plus, a St. Patrick’s Day parade was planned along the same route, so there was plenty to do for those who stayed and for those who brought their families with them.

Race results were posted quickly, which is always nice. Though post-race my thoughts were I could have pushed a bit harder, I was happy with my 22:34 time – especially seeing I had only run once in March (a 4.2-mile run). Overall, we both enjoyed the course, the tech shirt, the medal, and the short trip to Rhode Island for the race. I now have an official race finish for Rhode Island, leaving Connecticut as the only New England state for which I don’t have a race finish (don’t hold your breath – I believe we should kick Connecticut out of New England).

The St. Pat’s 5K is part of a trio of races known as the Tour de Patrick. The first was the Guinness Irish 5K, which was held on March 5 in Pawtucket, RI. The final race is the Guinness Shamrock Shuffle on Saturday, March 25 in North Kingstown, RI. The cost is $29 online or $35 on race day, and the first 650 entrants will receive a long-sleeve tech shirt, while all remaining entrants will receive a race t-shirt.