It’s been a busy weekend so far in the Kendall household. In addition to the preparation for hosting Dayna’s parents on Easter Sunday, we went to a concert, did some shopping, visited a new obstacle course gym, went for a hike, and colored Easter eggs. Oh yeah, and I finished up the 2016 CrossFit Open (maybe) with a 12:05 time on 16.5.

The weekend started with Dayna and I heading to Berklee Performance Center in Boston to see Jose Gonzalez. The Swedish-born guitarist is one of the most talented musicians on the planet, and his 75-minute set at Berklee Friday night only confirmed this. Berklee, perhaps the premier music college in the country, has a world class facility with perfect acoustics. Gonzalez performed the first six songs of the night with just an acoustic guitar and sounded perfect. He opened with one of his oldest songs, “Stay in the Shade,” which was brilliant. He followed that with “Cycling Trivialities” and hauntingly beautiful versions of “Every Age” and “Stories We Build, Stories We Tell” from his latest album, Vestiges & Claws, before finishing up the acoustic part of the set with a cut from his band, Junip (“Line of Fire”) and moving versions of “Crosses” and the epic “What Will”.

Y Music is a group of six instrumentalists who have managed to combine the worlds of classical and pop music. We only caught the last three pieces of the opening set, but they were breathtaking. The addition of standup bass, oboe, flute, trumpet, saxophone, violins and clarinet to Gonzalez’s already  beautiful acoustic guitar created a wall of sound that was like pornography for the ears.

The group worked through some Gonzlaez originals (“the Best”, “Lovestain”, and “Abram”) and a soulful cover of Arthur Russell’s “This Is How We Walk On The Moon” before heart-wrenching performances of “Open Book” and “With The Ink of a Ghost.” He capped the main set with a cover of The Knife’s Heartbeats.”

Y Music returned for a powerful instrumental before Gonzalez rejoined them for “Let it Carry You” and “Killing for Love.” The latter of which ended with a rousing ovation from the eclectic crowd, which ranged from middle and high school students to couples in the 60s and 70s, proving a talent like Gonzalez crosses all generational and genre barriers.

Though Gonzalez is hardly a household name, for those who have heard his music, he is a brilliant songwriter, guitarist, and performer.  His brilliance was on display for the lucky 1200 in attendance at Berklee. I give it an A, as the only points against the show are because Gonzalez did not perform,”Stay Alive”, my absolute favorite song of his.

Saturday was a busy day. After getting up at 8, I headed to the gym and did a light workout to recover from my 16.5 work the day before (more on that later). On the way home, I hit Bagel Joe’s (better known as The Bagel Inn to people in our city). After enjoying our bagels and playing cribbage (Dayna won a hard-fought game, 121-116), she started working on preparing Easter dinner while I set up our dek furniture and put together the fire pit.

After a brief respite, Dayna headed to the Gap to spend some of her Gap bucks (she ended up $150 worth of clothes for $15), whiel Cam and I headed to Ultimate Obstacles, a facility specializing in obstacle course racing and American Ninja Warrior-style training.

The place was packed with adults and kids trying out the various obstacles, ranging from the Salmon Run to cargo nets, TRX monkey bars, ropes, and all kinds of toys to jump, swing and climb on. It’s expensive to join but looks fun! 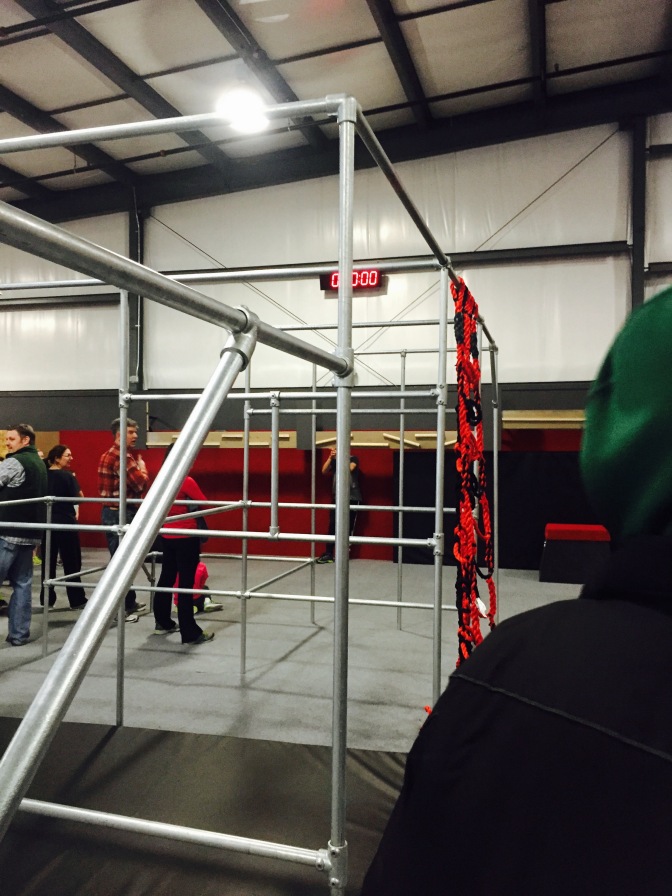 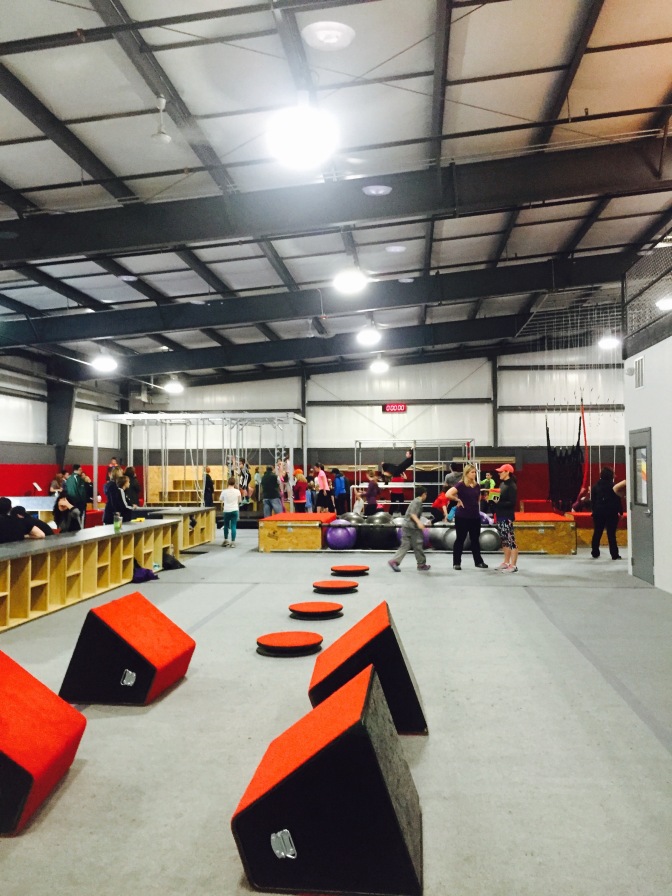 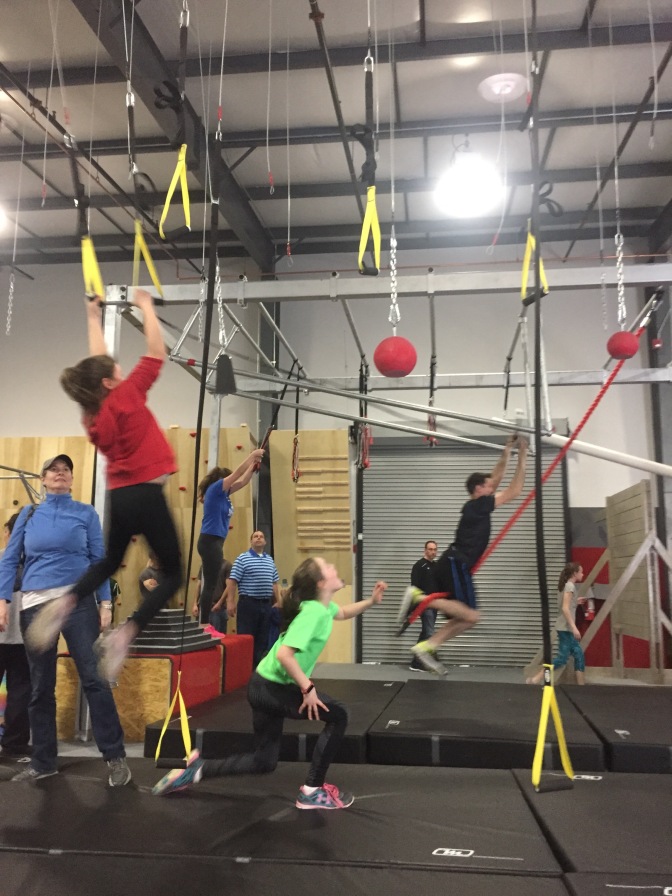 From there, Cam and I hit Rota Spring Farm for the first time this season, splitting a small peanut butter chip. We took the back roads home and came across Lancaster Town Forest on Brockelman Road. We stopped and explored the beauty for a 1.75-mile hike, on which we saw a beaver!

When we got home, I started a fire in the new fire pit and awaited Dayna’s return from shopping. When she got back, we exchanged gifts — she got me a hiking shirt, some Reese’s and two CDs I’d been searching for (new releases from Pete Yorn and Bob Mould) while I got her the Best of David Bowie and a new cat coffee mug.

From there, we listened to the CDs (all are trenendous) and colored eggs. Dayna had a technique I had never seen — poking two tiny holes in the eggs and blowing the liquid out before coloring. It was a great idea as now the eggs won’t spoil in a few days: 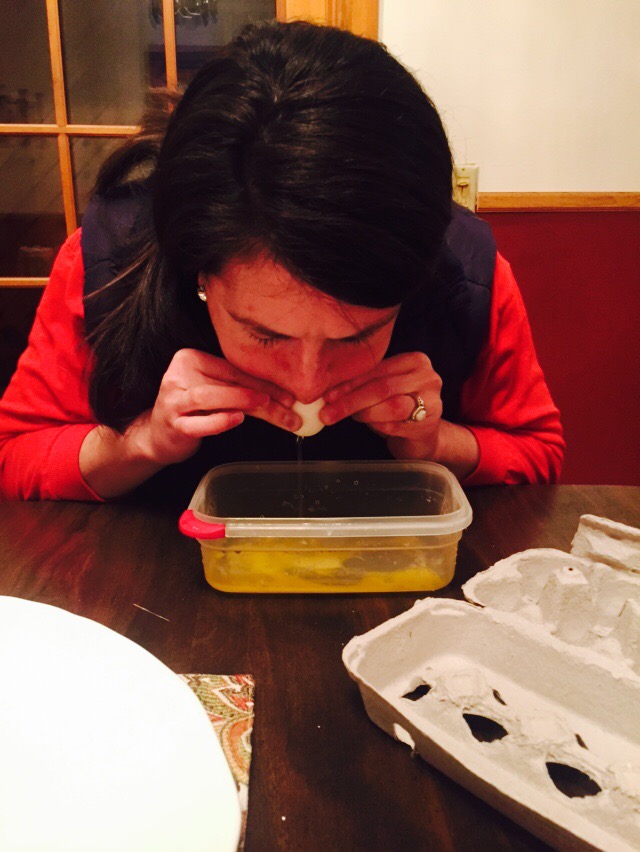 Dayna will be up early Sunday to get the turkey started and then run with her friend, Jackie. I’m considering joining them, but I am also still recovering from the brutal 16.5 in the Crossfit Open. Though my time of 12:05 is very strong, I am in contention for a spot in the next round and may need to try and best that time Monday. I did slice 39 seconds off my time from the same workout to end the 2014 Open, so that’s good! 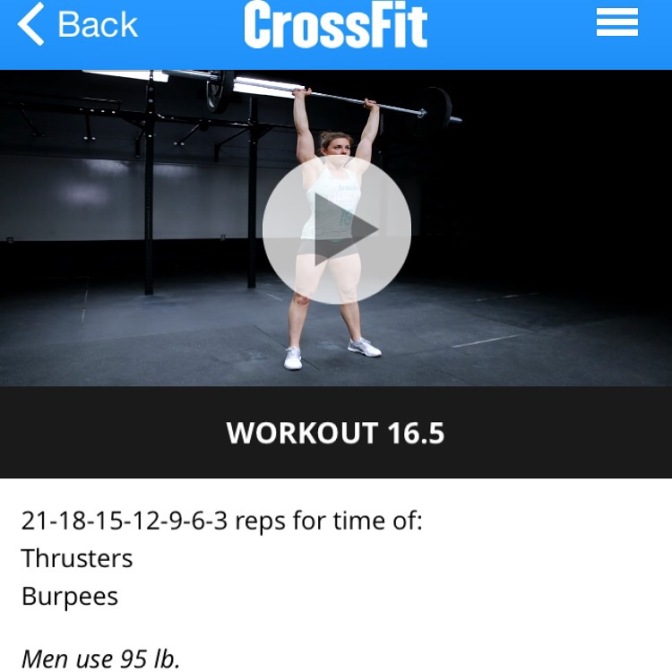