After a couple weeks of trying to get to the Cats-in-Residence program (Experience Meow) at the Worcester Art Museum, Dayna and I finally made it this morning. With Cam at summer school and then to Unified Health & Performance in Lancaster for gym time, it was the perfect day to go.

The program allows museum visitors to, according to the WAM wesbite, “interact with live cats in this unorthodox human/cat contemporary art installation, previously presented in Los Angeles, Hartford, and New York City. Guest curated by artist and critic Rhonda Lieberman.”

Since WAM does not open until 11 on Wednesdays, we decided to go to brunch first. Dayna found a place called Livia’s Dish, on Main Street in Worcester. It had great reviews on TripAdvisor, so we decided to give it a try.

The place was better than advertised. The atmosphere was cute, cozy, and friendly, and the menu for both breakfast and lunch (both of which are served all day, along with alcohol) were impressive. I decided on the Nutella crepes, which were stuffed with bananas and strawberries and topped with Nutella, long with a side of bacon. Dayna opted for the bacon panini breakfast sandwich. Both tasted even better than they looked! We will definitely be making a return trip to Livia’s, and we recommend everyone check it out. (They also offer birthday parties for kids where the kids actually go and help prepare the food! Awesome!) 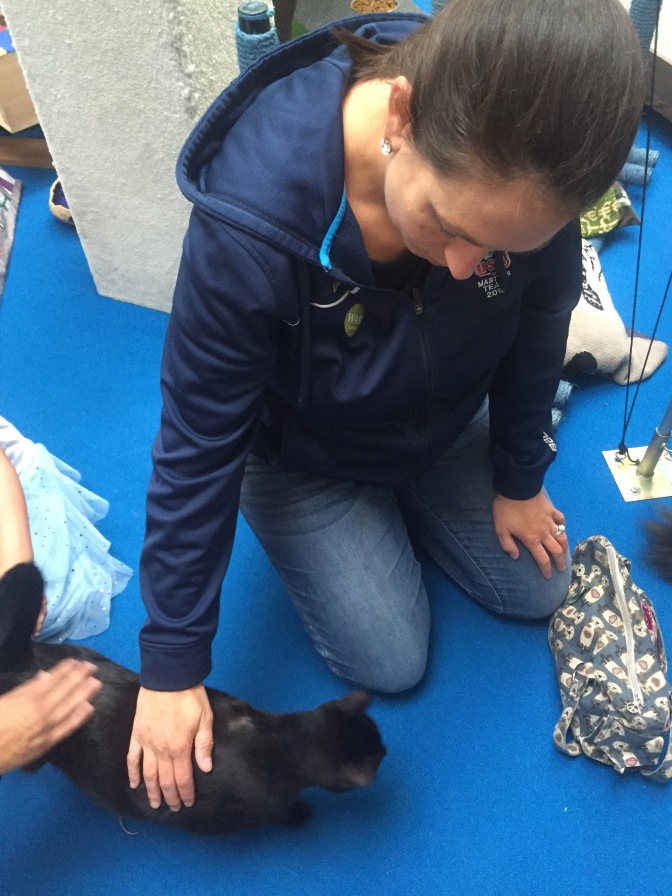 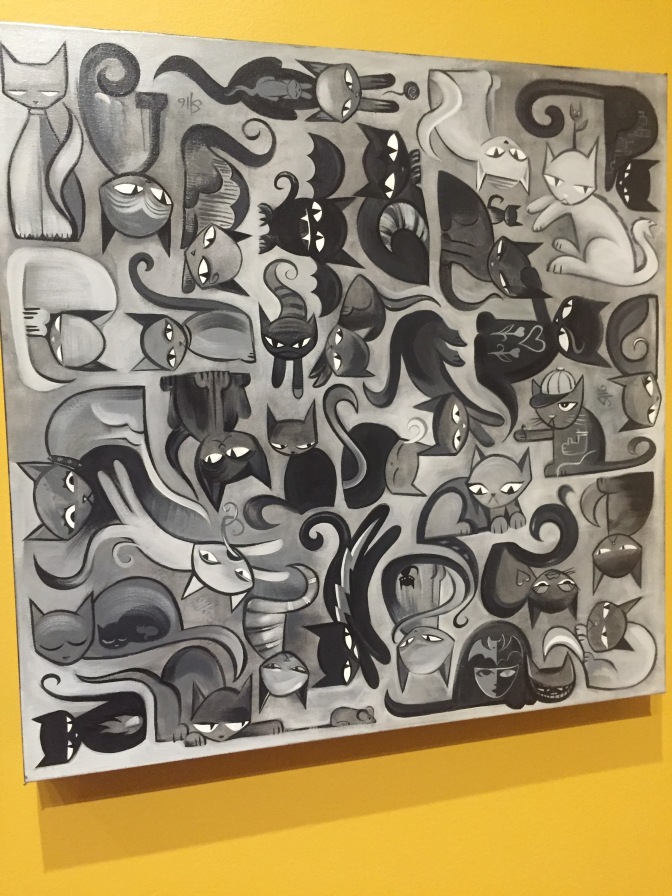 We arrived at the packed WAM just prior to opening. We were pleasantly surprised to find out that admission for the month of August was waived, and we were assigned an 11:30 time to spend with the Cats-in-Residence from the Worcester Animal Rescue League. It was awesome to get to see these cats (all of which can be adopted) in an artistic setting, though we both felt like the exhibit could have been larger and provided more space for the cats. Of course, I’m not artist so take my opinion with a grain of salt. We got to spend a few minutes inside the art structure with four cats — Rosie Grier, Ollie, and Fritter are the three names we remembered– and watch people of all ages (probably ages 6 to 90 were in the room at the same time as us), races, and socio-economic status light up while interacting these furry felines. It was pretty amazing to see.

The Cats-in-Residence exhibit continues at WAM through September 4, but remember it’s free the rest of August! If you cannot make it in person, WAM is offering a 24-hout “Meow Cam”. There are also other exhibits and kids’ programs on display.

All in all, it was a great day in Worcester!